A win-win in Southwestern Colorado

Article originally published on 2/17/22 at BigPivots.com, written by Allen Best Tim Wheeler may have had the best line among the directors of La Plata Electric Association after they unanimously approved a resolution that firmly puts them on a path to a half-a-loaf arrangement with their current electrical provider, Tri-State Generation and Transmission.

Even in the 1990s, he explained, he had begun asking why they couldn’t provide more electrical generation locally in a way that could lead to a lower cost and with a greater benefit to the existing climate.

“I am very mindful of people who told me along the way for 25 yeas that this couldn’t be done,” he said. “I want to thank them for being wrong.”

The case for the new arrangement was laid out in a video-conference town hall held by La Plata last week.

La Plata’s existing contract with Tri-State allows the Durango-based cooperative to generate just 5% of its own power. Under a new contract approved conceptually in October 2020 by Tri-State’s members, individual members will be able to provide up to 50% of their own electricity, either through their own generation or purchases from others.

In this case, La Plata is eyeing a contract with Crossover Energy Parnters, a relatively new energy supplier financed by the Wall Street firm KKR. Crossover would provide 71 megawatts of generation and Tri-State 71 megawatts.

Dan Harms, the vice president of grid solutions for La Plata, said the cooperative and Tri-State have agreed to a final partial contract payment arrangement that will be submitted to the Federal Energy Regulatory Commission for approval. Because of the sensitivity of the negotiations, he said, details could not be divulged.

Why a partial-requirements contract instead of a full buyout? Harms cited several reasons. It meets La Plata’s climate goal, which is to decarbonize 50% by 2030 as compared to 2018. It also uses Tri-State’s transmission infrastructure that will allow La Plata to tap Tri-State’s more regional generational resources.

By staying with Tri-State on a half-time basis, though, La Plata avoids some of the headaches of being a solo operator, he said, if not in quite as many words. A full buy-out would require La Plata to cover costs of regulatory compliance, transmission access and other elements.

“With partial buyout, we still have access to a lot of the benefits and services that Tri-State provides,” he said. 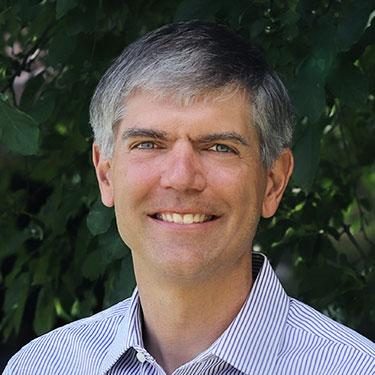 The case for a partial

The most compelling evidence in the hour-long session was a chart (see top) showing costs of a full vs. a partial buyout. That chart showed much larger savings from the partial requirements.

The partial requirements contract will save La Plata $7 million a year.

None of the options are off the table permanently. It can go to a full exit later, said Harms.

The coop’s existing all-requirements contract was approved in 2006, a time when most coop directors could not envision the rapid dive of renewable prices.

La Plata began showing discontent with its contract with Tri-State in 2017. In early 2018 it began investigating its alternatives. It formally notified Tri-State later that year what it was up to and also asked what it would cost to get out of its contract.

Kit Carson Electric, a member in New Mexico, had left in 2016 after paying $37 million. Delta-Montrose Electric, a Colorado member, was then negotiating with Tri-State for its exit, which later was tabulated at $62 million. And United Power had also indicated it wanted to explore options.

The Colorado Public Utilities Commission likely would have determined the exit fee for La Plata had not Tri-State, by then under the leadership of Duane Highley, used a legal strategy to move such deliberations to FERC, the federal agency in Washington D.C. Much of this legal shuffling occurred during the dark of the covid lockdowns in 2020.

Tri-State has submitted methodologies for determining both buy-downs and buy-outs. They’re called and buy-down payments (PDPs) and contract-termination payments (CTP). FERC has not yet approved either methodology.

“It’s a great way for us to accelerate our transition to a much less carbon-intensive electricity supply, and hopefully all 50% of La Plata’s generation will be local renewable energy,” he said. He also sees value in exploring the benefits of a full buyout, once that methodology has been approved by FERC.

Lee Boughey, communications officer for Tri-State, said he expects FERC to conduct a hearing on the contract termination methodology in May. “Our board will not need to take any additional actions for these processes to continue, and the Tri-State board will ultimately approve the partial requirements contracts before these are filed with FERC.”

Tri-State last year announced a pool of 300 megawatts of generation available to its 42 member cooperatives. Three of the coops bid in what Tri-State calls the open season, La Plata among them. The other two were not identified. Tri-State will extend its open-season in May.

Tri-State looks like a very different electrical supplier than it was in 2017. Then, it was still dragging its feet on embracing changes. La Plata was itching to make them. 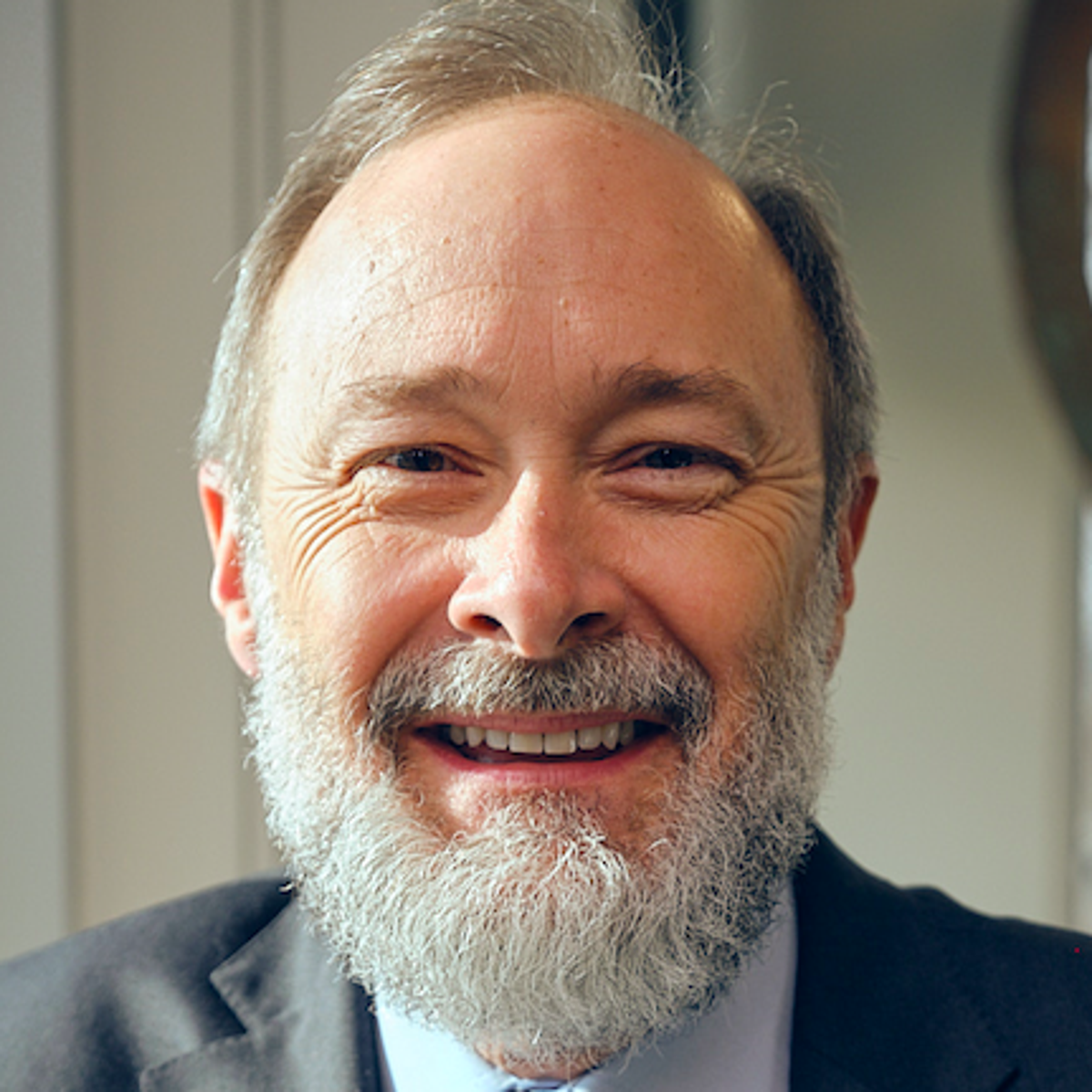 Since Duane Highley arrived as chief executive in April 2019, Tri-State has set a goal to achieve 70% renewables in the electricity its members consume by 2030. In Colorado, it is targeting an 80% reduction in greenhouse gas emissions compared to 2005 levels.

The wholesale provider has also stopped raising rates and is now lowering them, 2% last year with another 2% reduction scheduled for this fall. It is working with La Plata to install a 2-megawatt community solar project.

At the same time, it has failed to placate its single largest member, Brighton-based United Power, which has 105,000 members, nearly twice as many as La Plata. In December, United announced it had made up its mind. It wants out—and Mark Gabriel, the chief executive, said at a recent conference that he’s counting the days.

The precise numbers of this partial buy-down have not been revealed, which is likely what directors and chief executives at other cooperatives will want to see. At least six others have indicated they are studying their options.

What’s in this for Tri-State? Even after Highley arrived, the wholesale provider seemed to be desperate to hold onto members. The initial buy-outnumbers it provided La Plata and United Power were preposterous.

Pat Bridges, a senior vice president and chief financial officer at Tri-State, said at the town hall meeting last week that this agreement will be a win-win for Tri-State because the 50% contract will help it pivot from coal plants to renewables.

It will “actually allow us to move faster in that regard,” he said. There are upfront costs in the energy transition, he added.

Win-win was also a phrase frequently used by board members in Durango on Wednesday.

Bob Lynch, a board member, called it a “monumental thing.” The board’s approval brings it “as close as you get without hooking up new power.”

Lynch also pointed to the changed leadership, both in the chief executives of La Plata and Tri-State, in moving the discussion along. “We have the right leaders in place.”

He also credited a former board member, Jeff Berman, with “starting the discussion and starting the argument” about green power.

Berman, who left the board 5 years ago, told Big Pivots that he listened for a couple of years during his 12 years on the board before he started asking basic questions about power sources, costs and alternatives. “It’s a shame it took 17 years, but better to move forward now and do it right,” he said.

He remains in Durango, having become a licensed engineer and is now “laser focused on actually building solar power and battery storage.”

Rachel Landis, a board member, pointed out that despite the national division and diversities among the directors themselves, they had thought critically about how to keep the best interests of La Plata customers in mind.

Joe Lewandowski shared that as recently as a year and a half ago, even after Tri-State had new leadership, he was discouraged. “It just didn’t look like we were going anywhere with Tri-State.” He, too, called it a win-win. 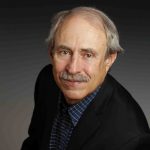 Allen Best is a Colorado-based journalist who publishes an
e-magazine called Big Pivots.